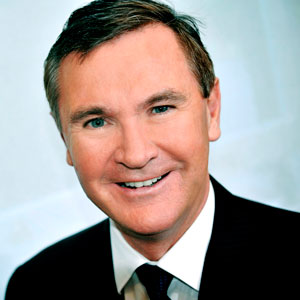 Mr Sharpe is the Founder, Chairman and CEO of Carbon Trade Exchange, the world’s first and largest global electronic platform for spot trading of voluntary carbon credits. Wayne started studying the issue of climate change in the late 1990’s and became increasingly concerned about lack of action to deal with it.

After identifying a gap in communication and transaction capability between the business and environmental sectors, Mr Sharpe became committed to providing the technology solutions necessary to deliver the financial resources to the world’s vast array of projects that help to solve the challenge of climate change at ‘ground level’.

He conceived and founded the exchange in 2007 and designed the technology and infrastructure, then led the development of the innovative platform, as the first global exchange based on Microsoft Azure cloud technology. He then designed and developed the technology interfaces with multiple registries (Voluntary and Regulated) and banks including Deutsche Bank and Westpac. He built relationships with every major carbon credit standard in the world, and all major environmental organisations and regulators by showing passionate leadership and commitment to create and build a globally known industry brand. He is a leader in the industry, attending and speaking at key global events such as the UN Climate Change Conference, World Climate Summit, Carbon Expo’s and many other business summits.

Prior to establishing Carbon Trade Exchange, Mr Sharpe founded Bartercard, leading the business to its current position as a global leader in the barter industry.

During his tenure, Bartercard facilitated over $40 billion in trade, via more than 30 million transactions in 20 countries and currencies and at its peak had 136 offices worldwide. He remained as CEO for 21 years, before selling the flagship operation in Australia in 2007 to establish Carbon Trade Exchange. Wayne won every

Barter industry award on offer (12) and had one created (Outstanding Achievement Award) in his honour, and is a member of the International Reciprocal Trade Associations (I.R.T.A.) Hall of Fame. Bartercard also won awards globally including Best International and Best Domestic Franchise system (Australia), Best Entrepreneurial Business (Hong Kong) and Best Business Tool (UK). Wayne is a Fellow of the Australian Institute of Company Directors and the Society of Senior Executives.

Bartercard is the world’s largest non-cash credit unit exchange, but Wayne sold his remaining shareholding in early 2012 to focus exclusively on his passion of CTX, educating business on the benefits of offsetting and fighting climate change by providing a global mechanism to finance environmental projects. He has been its sole investor in its first seven years from R&D to global operations.

In the late 1980’s, Wayne founded his own financial services company on the Gold Coast, Precision Financial Services, which still operates today.

Wayne resides in the Gold Coast, Australia, and commutes to the CTX headquarters in Sydney. He enjoys an active social life and counts many sports, particularly tennis and jet skiing, in his list of pursuits. He is also a keen philanthropist, engaging in many annual charitable events, such as the Qantas CEO Cook Off initiative