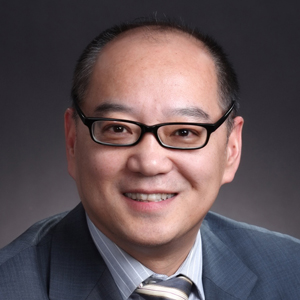 With over 20 years of experience in academia, business, governmental and non-governmental organizations, Dr. An is a world-renowned expert in energy technologies, automotive fuel economy strategies, and climate change policies. He founded iCET in California and Beijing with the vision of creating a world-class think tank in low carbon development and climate change. Under his leadership, iCET is developing multi-faceted programs in China in the areas of low carbon transportation, carbon management and MRV, clean energy and technologies.

Prior to founding iCET, Dr. An served in numerous national and international institutions with various capacities, including US Agency for International Development, US Dept of Energy’s Lawrence Berkeley National Laboratory and Argonne National Laboratory, and University of California. In the past decade, He has advised key governmental agencies in China, US, EU, Mexico, Brazil, India and Thailand on energy, automotive fuel economy and carbon policies. He was a leading architect of China’s existing fuel economy regulations for passenger and commercial vehicles. He led an iCET team to develop the first online carbon registration system for China – the China Climate Registry.

Dr. An has been frequently interviewed by major international and Chinese news media such as New York Times, Washington Post and Xinhua News Agency, and invited as a keynote speaker by many international organizations including the World Bank, United Nations, European Union, International Energy Agency, OPEC, etc. He was a publisher and Editor-in-Chief of Sinosphere Journal – an online Sino-US Environmental Magazine from 1997-2006, and an author of many academic papers and publications, including a highly influential report to Pew Center on Global Climate Change that energized global efforts to regulate and harmonize international automotive fuel economy standards. Dr. An received his PhD from the University of Michigan in US, MS from Tsinghua University in Beijing and BS from the University of Science and Technology, all in Physics.